The Women in the Castle by Jessica Shattuck 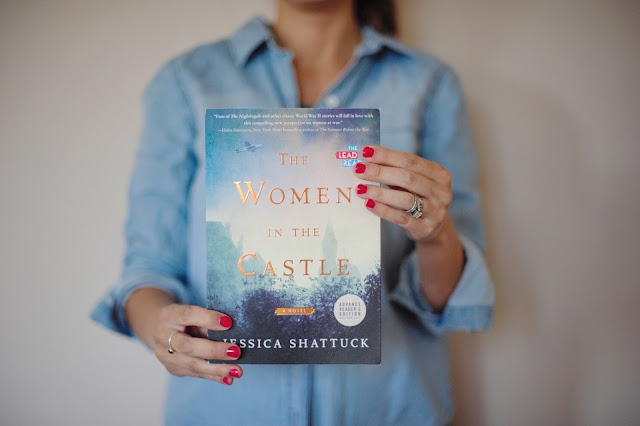 Have you ever picked up a book thinking you had a pretty good idea what to expect and then were completely blindsided with how you ended up feeling by the end? This is exactly what happened to me during my reading of Jessica Shattuck's new novel The Women in the Castle. I read the synopsis and immediately knew I wanted to read it, I love stories set in WWII that involve strong women characters and hardship. I find it fascinating because through school and during my WWII class in college, all we ever focused on were the battles fought, the generals, the atrocities, the dates. Reading stories set in this time helps fill in some of the blanks for me, when it comes to understanding a little better what life was really like during either war.

Where The Women in the Castle changes things for me is that it's story centers around three very different women living in Germany before, during and after WWII. Marianne, Ania and Benita were all such strong women living out their own truths and battling their own shames and lies while their homeland fell apart around them. With husbands who died fighting with the resistance, with family members and friends part of the Nazi party, each woman has to decide at some point what she is willing to move past and forgive, at the expense of living.

I've never once put myself in the place of these women, wondering what it would've been like to live in Germany surrounded by friends who no longer agree with what you believe in.  How would you keep yourself safe? How would you maintain your morals and raise your children in such a place? Or even more so, keep on living after its all over, after the truth of what happened during those years actually came out. Those were the questions I kept coming back to, especially toward the end of the book.

My favorite character was Marianne, who used her strength and willpower to help others and keep the women and their children safe during those years. I really appreciated that despite all of those things, she was also flawed, unable to offer forgiveness and understanding until time had passed and she could look back on things from a safe distance. This seems like a very real and honest portrayal.

Much of what I loved about Shattuck's story is just that. Everything seemed so real and honest. There weren't any sugar coated endings or perfect friendships. As strong as these women were, they were still flawed and their relationships with each other suffered because of it. I think that is just being human and something that I can believe would actually have happened. That time and distance heal wounds, that a quiet suffering remains from those terrible years that no one could understand unless they had been there too. In the end, this book was extremely emotional. Not just for the content and the storyline, but the true portrayal of human nature in such a time. I absolutely loved it. Well done, Jessica Shattuck!

Thank you to William Morrow books for the advance copy!!!