The Lie by William Dameron


Thank you Amazon Publishing for the free book! 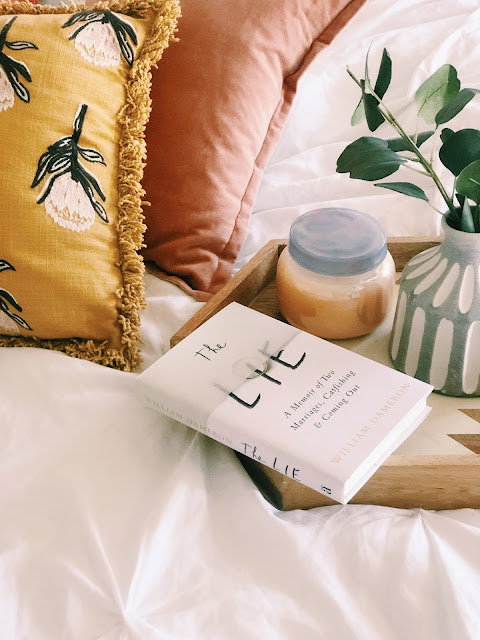 I know I’ve talked about memoirs before, but as I get older I feel more inclined to pick up stories from people walking a different path in life than myself. I’ve always felt that biographies were hard to get into, most nonfiction really if were being honest. There’s something about a good, honest and often times heart breaking memoir that cracks open my personal perspective a little bit more and changes my view of the world around me.

The Lie by William Dameron is one such memoir. Let me share a brief synopsis of the book with you.

"Do you know me?, the email began, sparking tremors of fear that turned into a full quake of panic when William Dameron discovered that his selfie had been stolen by strangers. On social networks and dating sites, his image and identity—a forty-year-old straight white male—had been used to hook countless women into believing in lies of love and romance. Was it all an ironic cosmic joke? Almost a decade prior, William himself had been living a lie that had lasted for more than twenty years. His secret? He was a gay man, a fact he hid from his wife and two daughters for almost as long as he had hidden it from himself.

In this emotional and unflinchingly honest memoir of coming out of the closet late in life, owning up to the past, and facing the future, William Dameron confronts steroid addiction, the shame and homophobia of his childhood, the sledgehammer of secrets that slowly tore his marriage apart, and his love for a gay father of three that would once again challenge the boundaries of trust. At the true heart of The Lie is a universal story about turning self-doubt into self-acceptance and about pain, anger, and the long journey of both seeking and giving forgiveness."

If you enjoy similar reading experiences, reading a memoir that moves you and makes you think outside of your own life experience, maybe this book is for you! Click this link to check out The Lie by William Dameron. Thank you @amazonpublishing for sending it out and putting it on my radar. You also follow @amazonpublishing to keep up with their new releases and other memoirs!