Conversations with Friends by Sally Rooney 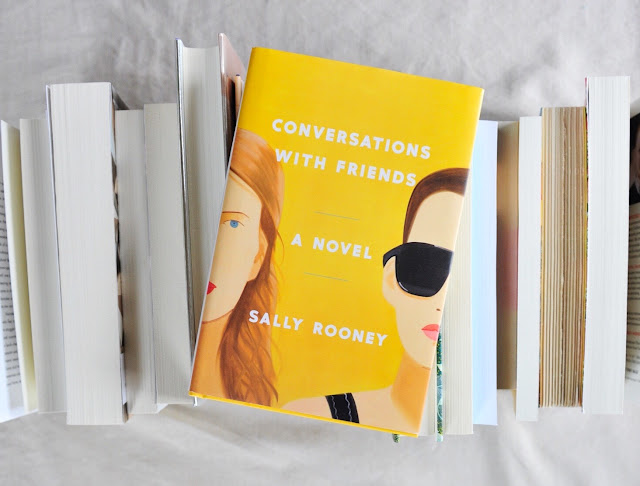 After keeping this book on my nightstand and carrying it with me alongside a few other current reads for about a month, I finally finished Sally Rooney's Conversation with Friends. (Thank you to Hogarth books for the copy!) For the first ten chapters or so I was really having a hard time connecting with the characters. I would read a few pages or get through a chapter and just not feel interested or invested in the story and put it down.

And then. AND THEN.

The other night I picked it back up with the determination to give it one more shot. I had a whole evening ahead of me to read and I wanted to finish this one either way. Before I knew it I was halfway through! I'm not sure if it was just me or if this book was really slow to start but man, once I got into the story...I think around Chapter 12, I couldn't put it down!

Told from the voice of Frances, a college student who is not sure where she's going with her life (in terms of love, work, a job, everything) we meet Bobbi (her close friend and ex-girlfriend) and married couple Nick and Melissa. From there this story becomes a love story of sorts, between Frances and Nick but also between Frances and the other characters in the story as well. We see her relationships in their truest forms, through her very self-centered and at times frustrating perspective. There were moments when reading her reactions to a situation that I just wanted to reach through the page and shake her a bit, so she could see what was really happening in front of her. But in truth, this type of storytelling also made Frances a more realistic character, which I appreciated. 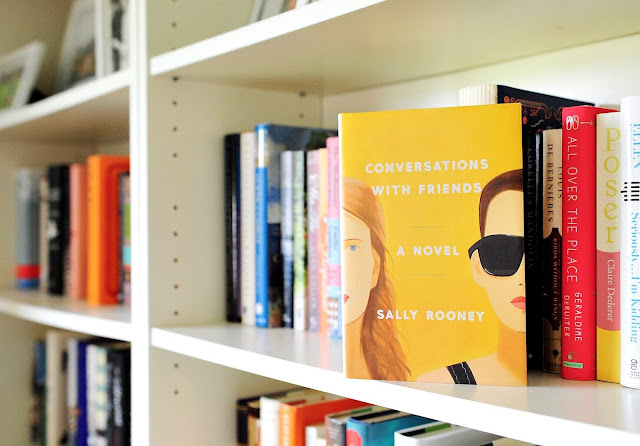 I'm not sure what Sally Rooney intended with the title, Conversations with Friends, but as I became more engrossed with the story I felt like it was reading as if I was actually having a conversation with Frances. At least parts of it, I could picture her relaying to me over coffee in just the same way it was written. I think that had a lot to do with how quickly I become absorbed in the story once I reached a certain point.

I really feel that part of my issue with connecting with the characters began with my own assumption that there wasn't anything in the story for me to relate to. Im much older than both Frances and Bobbi and I certainly disliked Melissa and Nick, as well as the way their marriage was portrayed. Obviously, none of these things changed as the story continued but funnily enough, as I kept reading I found more and more moments that I was able to relate to. Moments especially from my own college days and the naivety I had when it came to relationships. Frances quickly grew on me during her stay in France with Nick and Melissa and by the time she returned home I couldn't put the book down.

Certainly these weren't the most likable characters ever written, most of them were incredibly selfish and concerned with their own feelings and opinions. But their actions and emotional moments throughout the story were believable in a way that made them more realistic than if they had been more "lovable". I'm still thinking about Frances and that last chapter in the book. Sally Rooney did an excellent job writing the characters and especially sticking to using Frances as the sole voice of the story. While I love seeing different perspectives throughout a story, in this case Frances became someone almost real and so much of that came from Sally Rooney's ability to write her in an honest way.

I rated this book 3.5 stars on Goodreads!

Thank you to Hogarth books for the copy to read and review.

Conversations with Friends by Sally Rooney
320 pages
Published by Hogarth