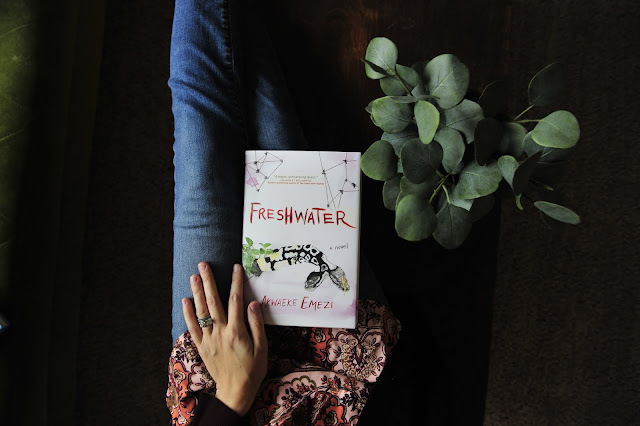 First, I would like to thank Grove Atlantic for my copy of Freshwater by Akwaeke Emezi, as well as the beautiful letterpress bookmark! Thank you!

When I read the synopsis for Freshwater I was instantly intrigued but also a little hesitant to be honest. This isn't a story I would normally have pulled off a bookstore shelf on my own. But much to my surprise, I ended up really taking a lot away from this story. Freshwater left me rattled, it unsettled me and left me anxious for Ada, the main character. Those things aside, this debut is superbly and bravely written in a way I haven't seen in a long time. A beautiful story about a broken girl, Ada, whose mind has been shattered into other "selves", leaving the reader to wonder if those selves are truly gods or simply parts of Ada's brain struggling to survive the events she has lived through.

"The world in my head has been far more real than the one outside, maybe that's the exact definition of madness..." p. 93

These fractured selves of Nigerian girl Ada, the collective WE that is telling the story, made me question everything I had previously assumed I knew or felt about depression, suicide, mental illness and multiple personalities. It gave voices to all of those pieces of Ada that had been compartmentalized inside her mind because of early and then later traumas. Some of the passages in this story took my breath away. It was like peering behind a curtain and seeing the truth of something I had only read about. 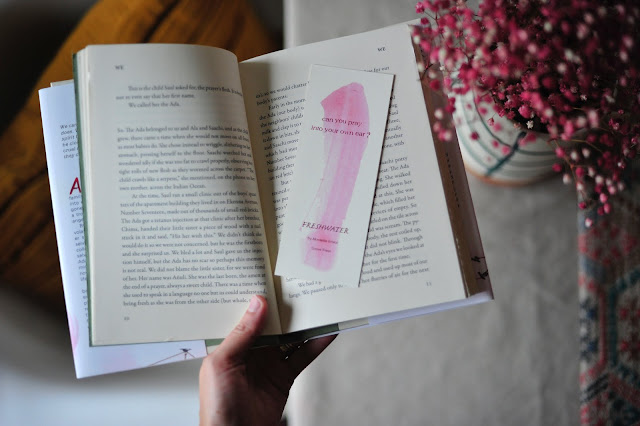 I found myself copying quotes into my journal again and again while reading and also needing to take breaks when bits of the story became too intense. Sometimes this meant rereading a passage or two, to grasp the meaning of what was happening between Ada and her opposing selves inside the marble room of her mind.

As much as this wasn't an "easy" story to read, the writing and imagery has left its mark on my heart and is a story that I won't soon forget.